Need for the callback function

Javascript is a single-threaded synchronous language, meaning it executes the code line by line from top to bottom. But sometimes, we need to execute something only after some action has been done, in that case, we need to break that line-by-line code execution and that is when callback comes into the picture and that’s when asynchronous behavior of function also comes into the picture.

Now what is asynchronous function means in Java Script

In simple terms, when more than one execution is going on simultaneously, that is asynchronous, meaning one operation can occur while another one is still being processed.

Real example – When you upload a reel/image on Instagram, you can see the reel show uploading a top, and at the same time, you can browser and do other stuff on Instagram at the same time. This is asynchronous behavior, meaning a parallel task or action is taking place simultaneously.

Let’s understand this with a code –

Explanation of the above code

Summary, if a function is called as a parameter in another function, it means callback. Also, callback helps in making a function asynchronous. 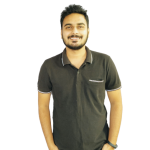